More info on the Deadly Premonition Board Game Revealed!

The game will be crowd funded via Kickstarter starting tomorrow with a goal of $50,000 (and yes it has SWERY’s blessing!) Apparently Rising Star says it’s Kickstarting the game instead of funding the project themselves because the board game market is outside their normal business ventures and Kickstarter affords them an avenue to gather feedback about the game. If the crowdfunding campaign is a success the board game should be out by Fall 2017.

There will be to be TWO versions of the game offered: A “Standard Edition” and a “Special Edition” that includes a few more goodies including a special carry bag with the upside down peace mark, a custom dice that with the same symbol, the official soundtrack, and an official A & G Mug! Both versions will include a steam key for the Director’s Cut game and a even letter from SWERY. 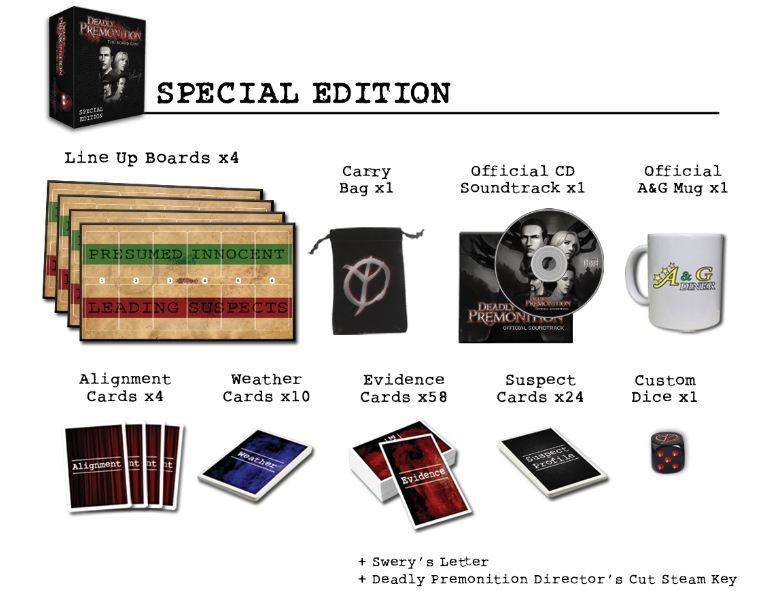 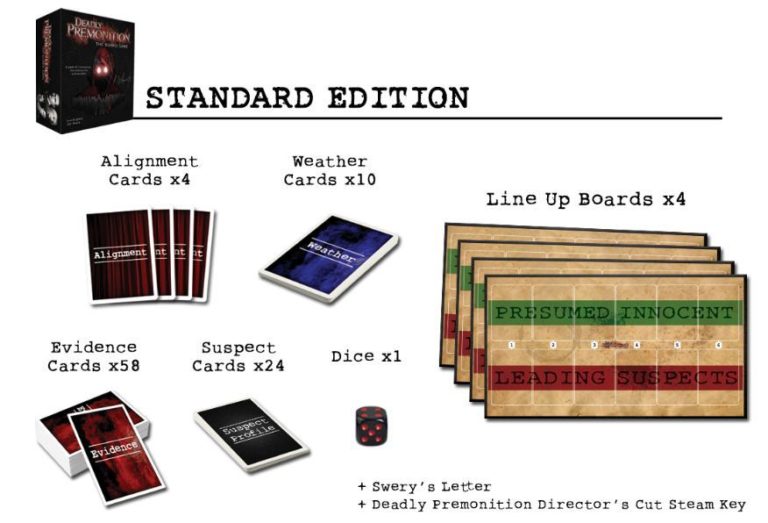 No word just yet on just how this game will be played or the price for each version but I assume the Kickstarter will reveal all once it goes live tomorrow.