The Deadly Premonition Board Game Kickstarter is LIVE!

Hey guys the Deadly Premonition the Board Game Kickstarter is now live!

I got to say the game looks really fun to play and I’m super excited to see what the new art concepts on all the cards will look like:

We have created a detective themed 2-4 player card-based board game inspired by cult sensation videogame Deadly Premonition, set in the mysterious town of Greenvale, following the Murder of Anna Graham.

In Deadly Premonition: The Board Game you and your fellow detectives must take on the task of protecting the innocent, incriminating the guilty and work out who might not be who they say they are. With a hidden killer amongst the detectives, the race is on to identify a suspect as an accomplice in order track down the true killer.

There are five tiers ranging from $3 for a Deadly Premonition the Director’s Cut Steam Key to $60 for one Limited Edition of the Board Game: 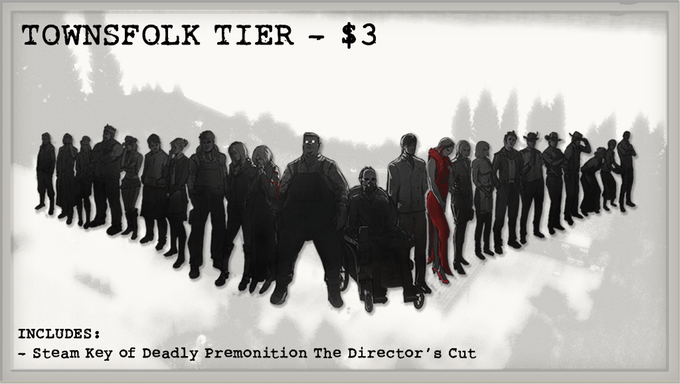 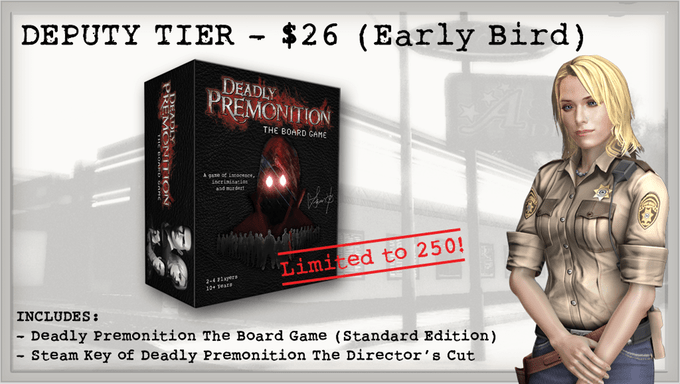 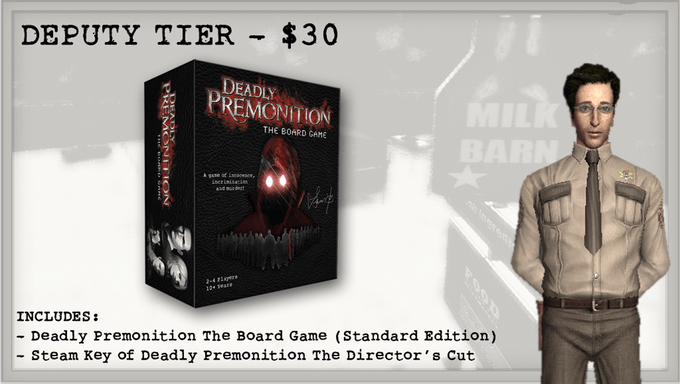 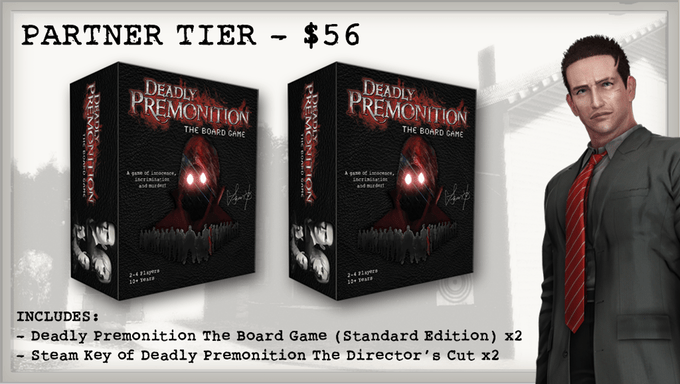 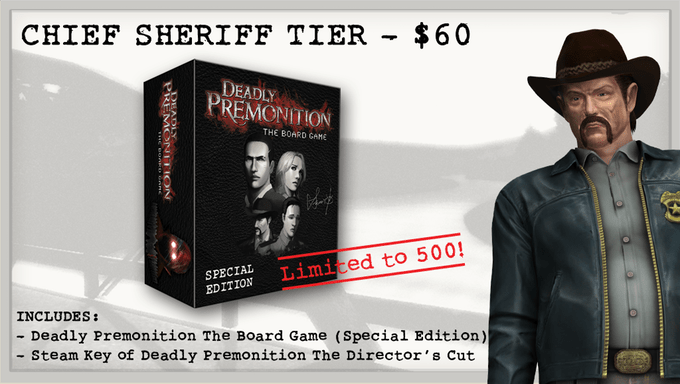 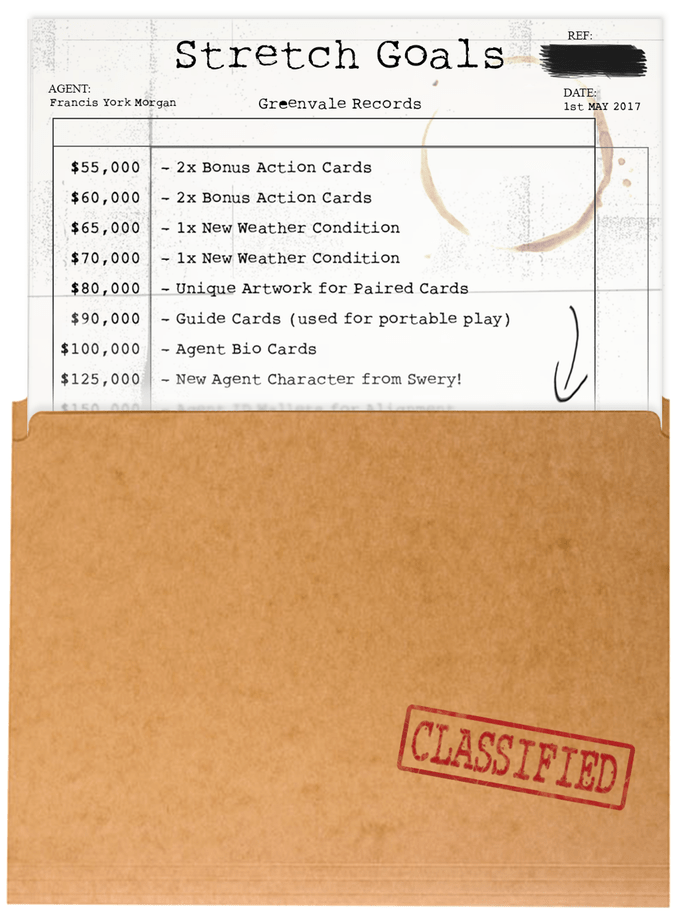 Considering that at the time I’m writing this they’ve nearly reached $20K! I’m sure they will hit their goal in no time. I would really love to see what kind of new agent character SWERY would come up with. I wonder if it’s possible to have David Young Henning from Rainy Woods make an appearance? 😀

So what are you waiting for? Make a pledge today!