As part of their marketing for Deadly Premonition, Ignition Entertainment opened several online sources for the latest Deadly Premonition information including an official game website, a facebook page and two twitter accounts! Below you can find links to the different official online media as well as screencaps and summaries of what you can find there. 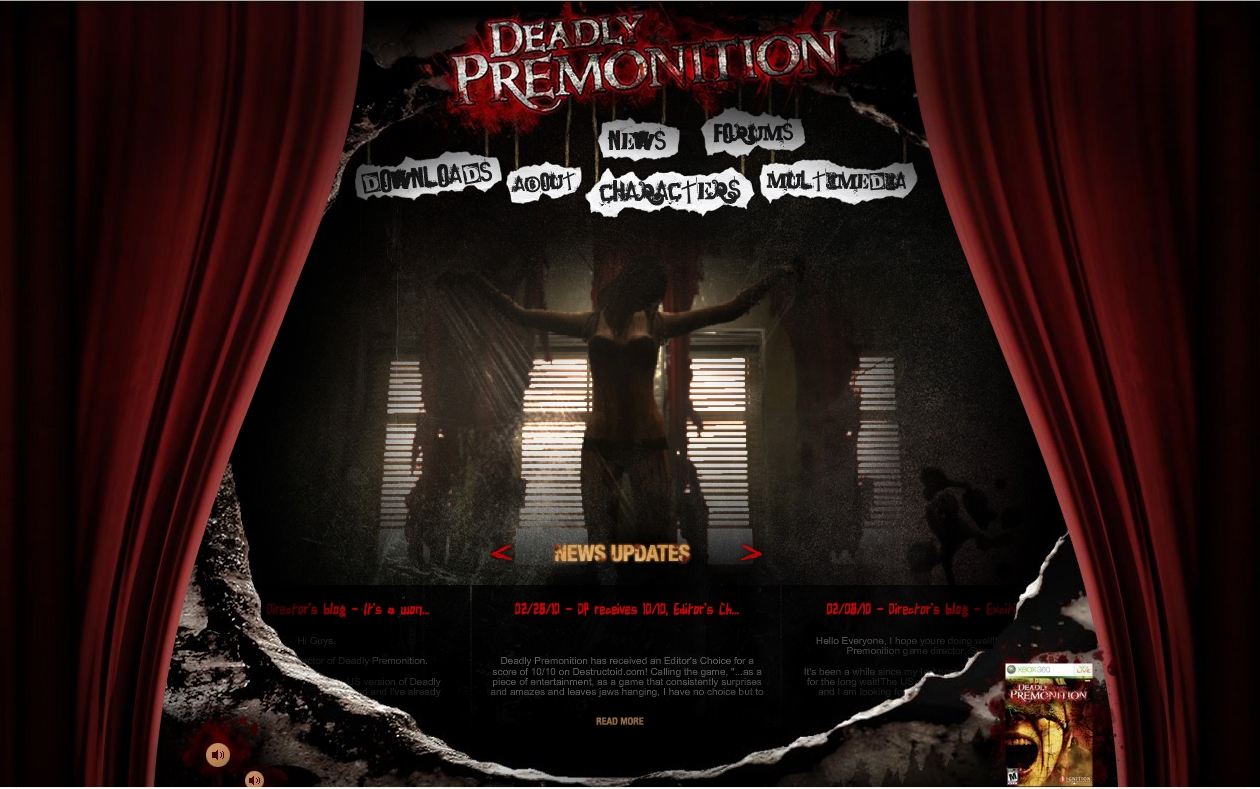 The official US Deadly Premonition flash website gives an overall summary of the game, characters and various media downloads (desktop wallpapers, avatars and music!). There’s even a small blog on the site where game director posts his thoughts on the game from time to time! 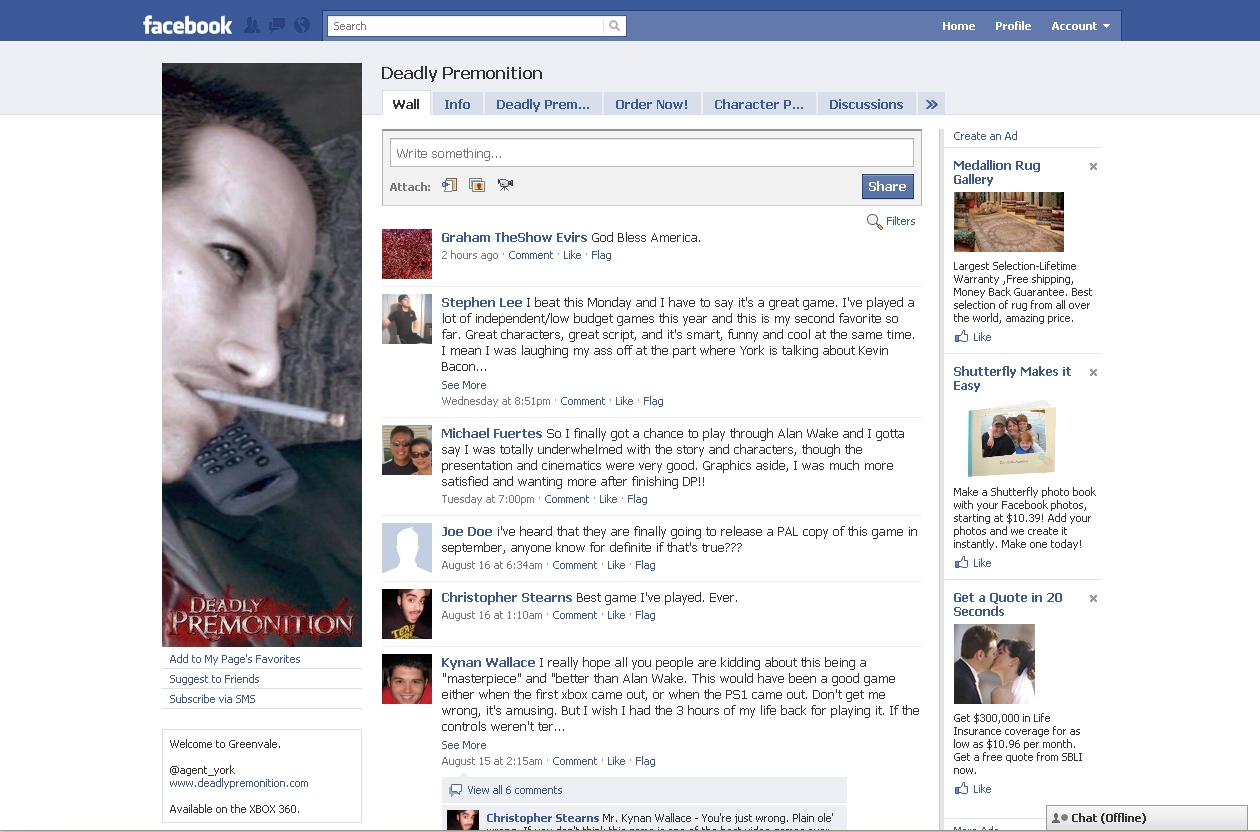 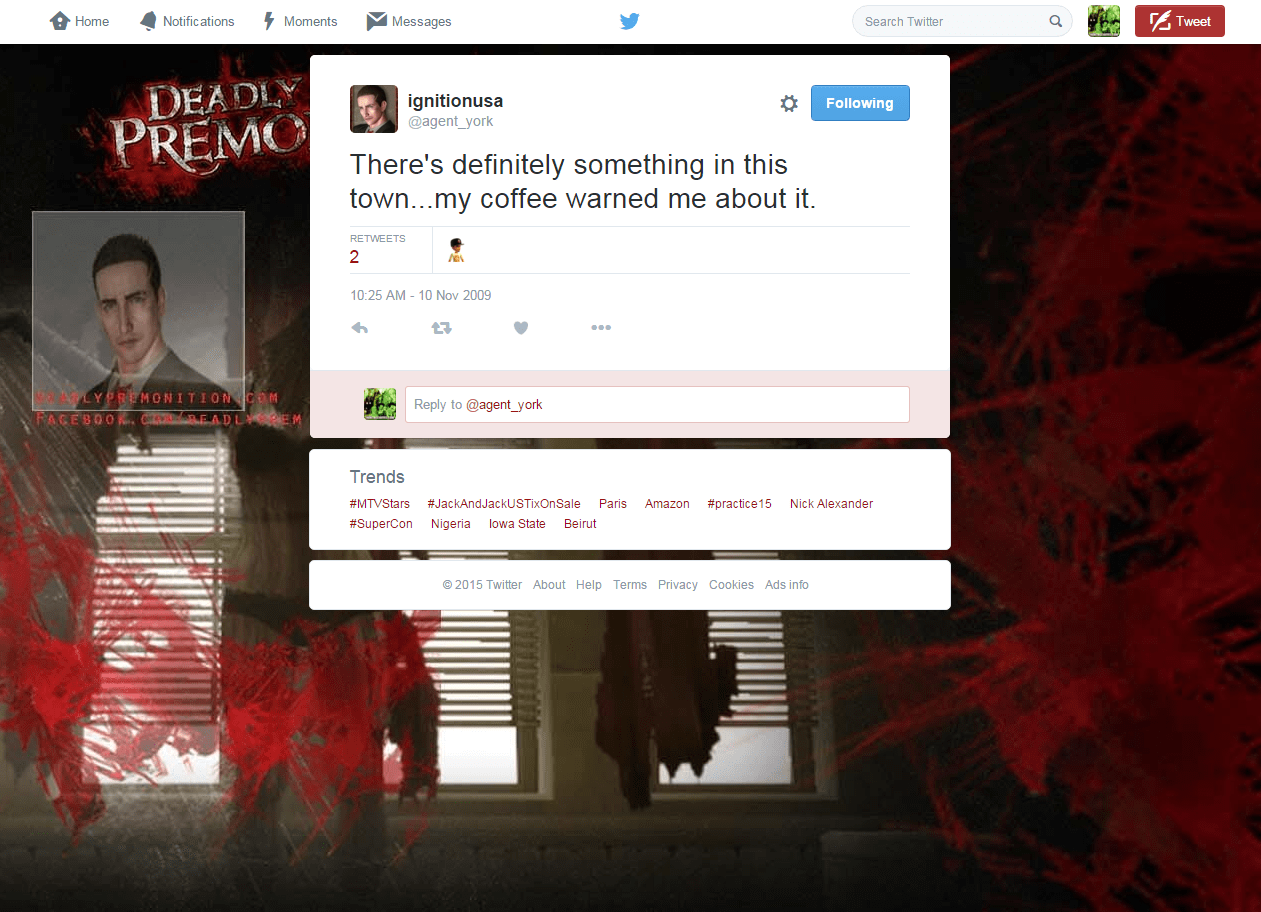 Sometime in November 2009 Ignition Entertainment set up a twitter account for game protagonist Special Agent Francis York Morgan and another for Greenvale Sheriff, George Woodman as marketing for the upcoming Deadly Premonition.

In the beginning the York’s twitter gave a little taste of what the game was about by making short comments about Greenvale and the start of his investigation.

As part of their marketing for Red Seeds Profile, Access Games and Marvelous Entertainment opened an official website. Director SWERY even kept a blog on the game’s progess and reception. 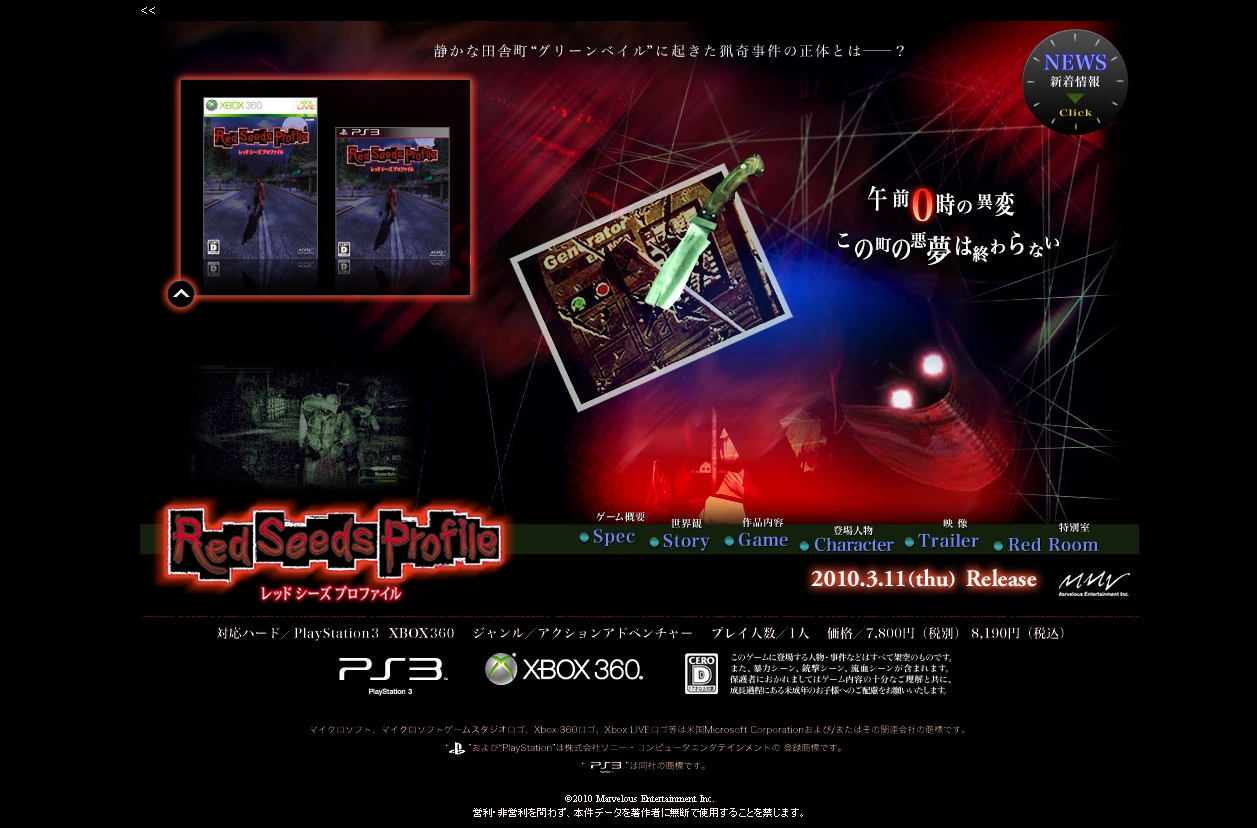 The official Japanese Red Seeds Profile website gives an overall summary of the game plot, mechanics, specs, characters and has various videos for download. Unfortunately I can’t read Japanese, but it looks like a pretty in-depth site. 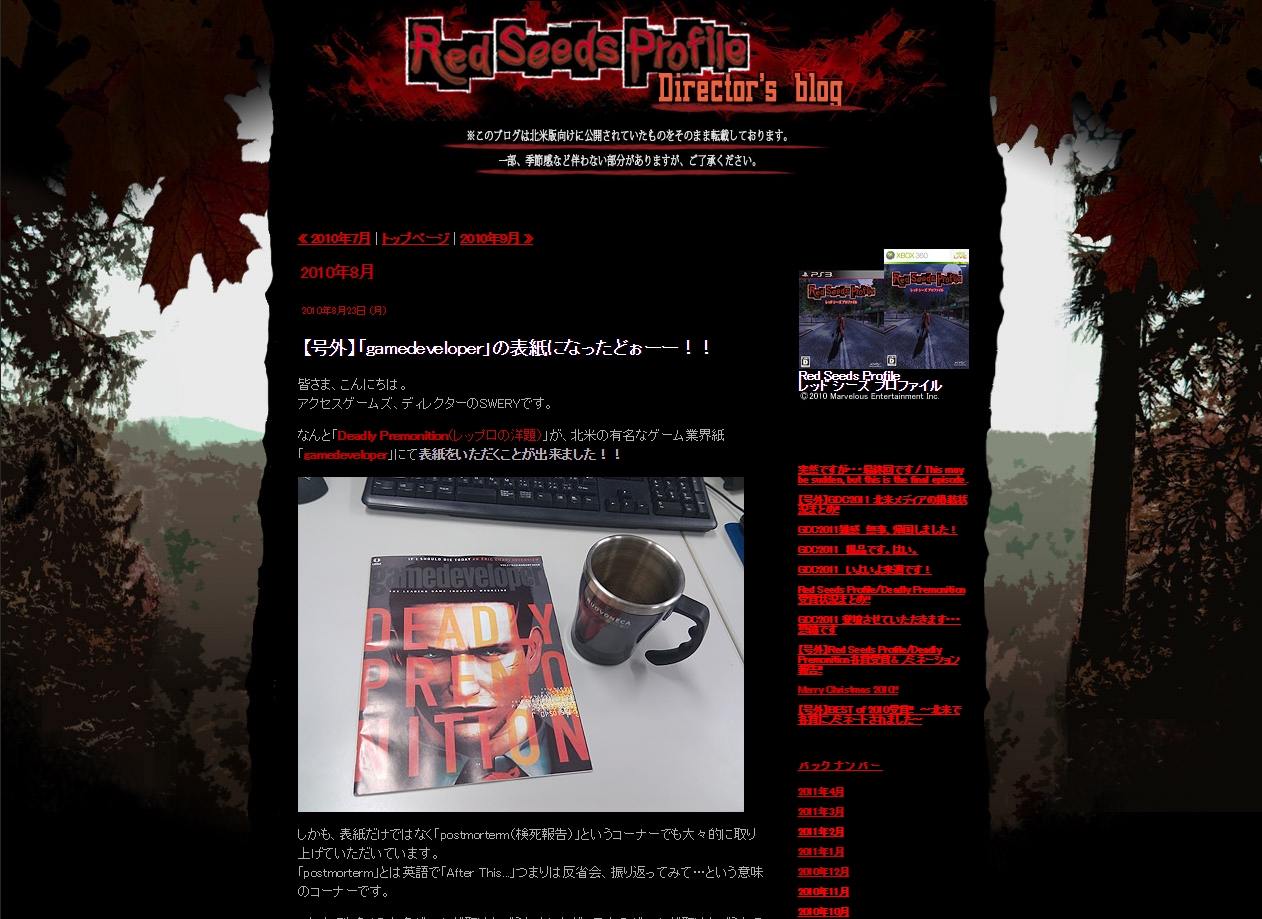 The official Japanese Red Seeds Profile Director’s Blog Swery kept from February 2010 – April 2011. SWERY discussed RSP related news and shared insights. After Deadly Premonition became a cult hit in the US and EU SWERY’s posts were translated for English speakers. After this RSP centric blog closed in April 2011 SWERY switched to posting on a new blog called Cafe SWERY 65 that encompases all the titles he works on.

As part of their marketing for Deadly Premonition: The Director’s Cut, Rising Star Games opened an official website and posted on their various RSG branded social media outlets about the game. 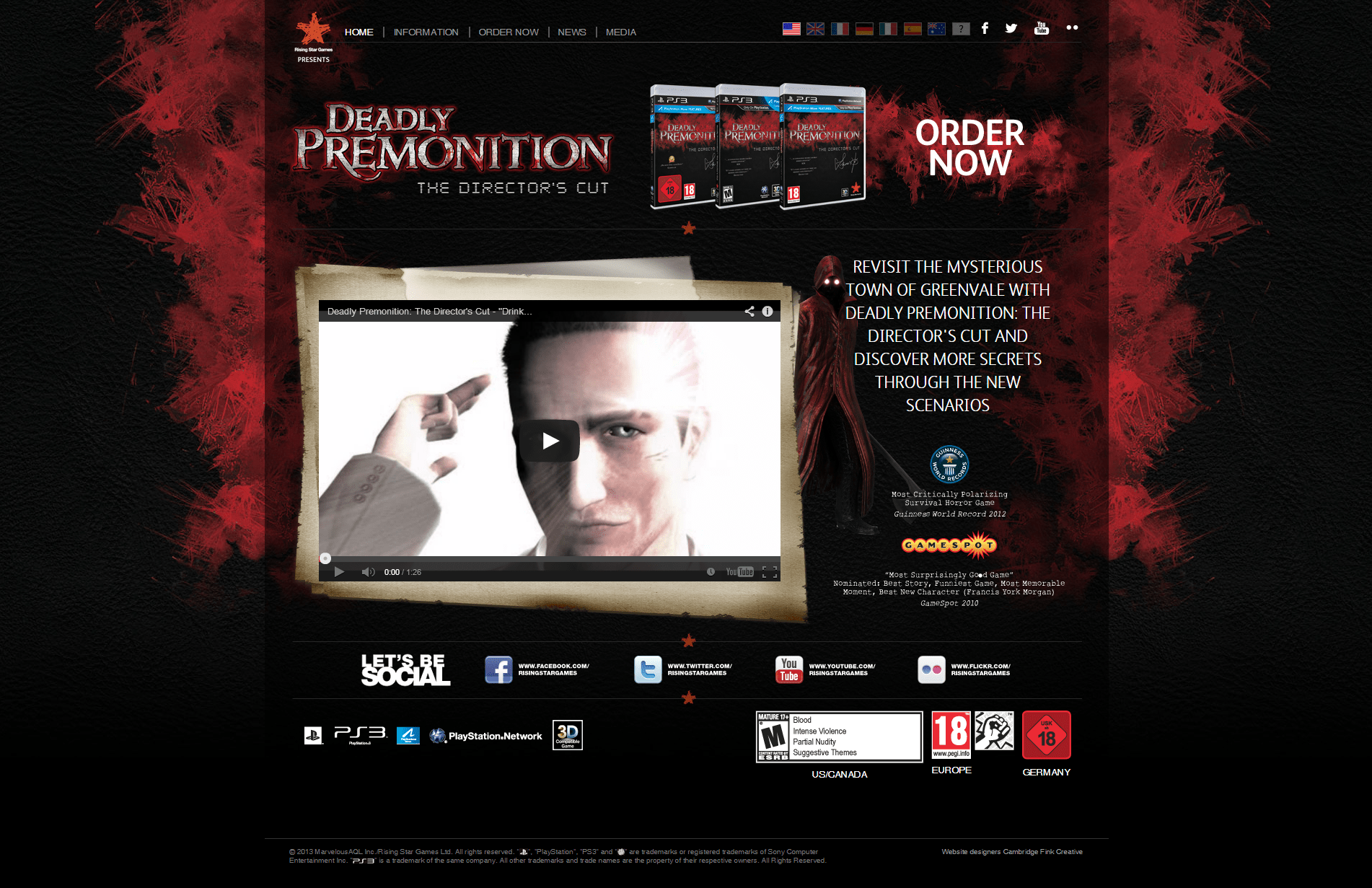 The official US/European Deadly Premonition: The Director’s Cut website gives an overall summary and features of the game, order information, images and videos on the title.