I’m not the only one who thinks Deadly Premonition rocks!
Check out some of the accolades the game has received.

Score: 10 – Flawless Victory (10s are as close to perfect as you will get in a genre or on a platform. Pure, untarnished videogame ecstasy.)

“Deadly Premonition is beautiful. No, not graphically. Graphically it’s atrocious. It’s a beautiful trainwreck, and it’s well aware of the fact. Despite this game being quite like everything ever made, there’s nothing quite like the game itself. There is absolutely nothing in this industry that can compare to how weird and wonderful the whole experience is. Judged as a piece of entertainment, as a game that consistently surprises and amazes and leaves jaws hanging, I have no choice but to say that Deadly Premonition goes above and beyond. This game is so bad, it’s not just become good. It’s pretty close to perfect.”

Be should to read the full review 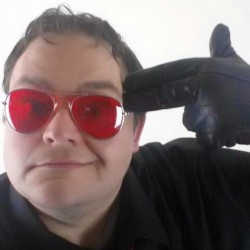 Deadly Premonition led sales of Xbox 360 games on Amazon.com for the week of April 9, 2010 according to Gamasutra’s weekly column, “Saling The World”, that covers the top five sellers for every available platform in the United States, Japan, and Europe!

Data for “Saling The World” comes courtesy of the public sales information on Amazon.com, Amazon.co.uk, and Amazon.co.jp, with sales split out for each platform and territory, and pre-orders disregarded. This results in a true sense of what games are selling worldwide on the real-time updated service, as follows:

Deadly Premonition won the Editor’s and Reader’s Choice for Gamespots Best of 2010 for Most Surprisingly Good Game! It was also nominated for several other categories:

Each year, there are at least a handful of games that come out of left field and surprise us with a level of quality, innovation, or just plain fun that we weren’t expecting. This award spotlights the most pleasant surprises of 2010. 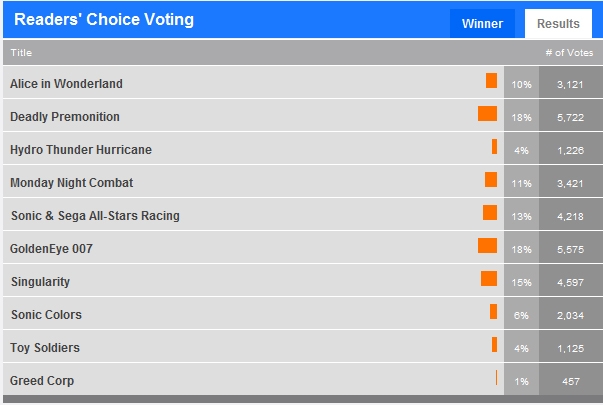 Call him York, everybody does. The sardonic heart of Deadly Premonition’s appeal, FBI Agent Francis York Morgan is just as crazy as the other inhabitants of Greenvale and he doesn’t care who knows it. Especially when he’s talking to his imaginary friend Zach (in reality you, the player). The voice-acting, dialogue and facial animation can all be patchy at times but York’s got more personality than a dozen bald space marines.

Deadly Premonition was voted game of the year in the Gamecritics.com Podcast!

Gather round the fire, friends, as we celebrate the year in games—the good, the bad, the really bad, and everything in between. It’s our 3rd Annual Holiday Awards Spectacular! Plus, Brad’s son stops by to share his best and worst of the year, and we announce the winners of our Game Credit Giveaway! Featuring Brad Gallaway, Mike Bracken, Richard Naik, Dan Weissenberger, and Tim “Counting is Hard” Spaeth. Happy Holidays to all our listeners!!

Deadly Premonition was Gamasutra’s top Cult Game of the Year!

This will come as absolutely no surprise to readers of Game Developer magazine and Gamasutra. The team, especially the author of this article, has been enamored with Deadly Premonition since its Xbox 360-only North American budget release. The game is now available worldwide (PS3 is only in Japan at the moment), and delighting and horrifying audiences everywhere.

The game has clumsy combat, PS2-level graphics, and maddeningly long sequences of driving from nowhere to another, slightly differently textured nowhere. But lift the curtain a bit, and you see a living, bizarre game world, where people go about their daily business regardless of player interaction. You’ll see a deeply bizarre story, with the main character (expertly voiced by Jeff Kramer) discussing necrophilia, drinking urine from skulls, and B-movie film errata in alternate breaths.

The game’s dialog is so perfectly imperfectly written that it feels as though it belongs in a category all its own. It also has one of the most intelligent narrative framing devices, allowing the main character’s multiple personality to take life in a way that other games have certainly attempted, but never succeeded (if I say more, I feel I may spoil something).

Once you get past the clunkiness of it, even the combat can become fun – but perhaps I have an odd perspective as someone who obtained every secret card, every weapon, and every automobile in the game. Subsequent fights through the game’s “dungeons” turn into speed runs once you get some all-powerful weapons, that allow you to revisit frustrating areas and simply mow through enemies and pick up collectibles that are laid out for you as though they were on a racetrack.

Reviews were perhaps the most amusingly polarizing external aspect to the game. IGN provided the first review, rating the game a dismal 2.0. Destructoid followed suit with a perfect 10 review of their own, and 1up followed with a solid “B” rating. While IGN couldn’t see past the clunky controls that they felt kicked them out of the experience, the others saw the ultimate cult classic of a game. The final laugh came when the game was released many months later in Europe – only to receive a 7.5 from IGN UK.

Deadly Premonition took 5 years and as many near-cancellations to put on shelves, and is the kind of game nobody makes anymore – and as the industry changes and shifts, who knows if they ever will again. For now though, the game has amassed a rabid following, so we can only cross our fingers and wait. 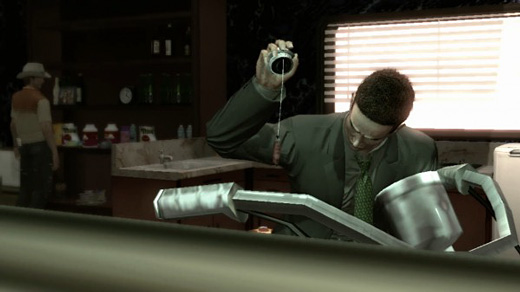 If you listen to the GameCritics podcast, my number one pick for the year will come as no surprise. I have to admit that I struggled with the choice for a while, given that it’s so rough in terms of control, production values, and many other areas. The game is certainly not perfect, and I don’t think anyone holding it up as 2010’s most memorable experience will say that it is, either.

…And yes there are more than a few of us.

However, giving a title top honors (for me, anyway) is hardly about the best graphics or the most polish. I genuinely feel that Deadly Premonition is one of the most challenging, creative, brave and underappreciated titles to make it to domestic shores. The work of director Swery 65 more than makes up for the various technical shortcomings with an extremely intelligent and mature storyline, and some of the best-written characters I’ve ever seen—protagonist Francis York Morgan is someone I’ll never, ever forget. Supporting its cerebral side, the game also offers a brilliantly fresh take on the open-world genre that manages to avoid the usual “blow everything up” chaos and keeps razor-sharp focus on the riveting story.

There is no question that this game will be anathema to a certain segment of players out there, and that’s quite all right. However, for gamers of a certain bent (like me, and hopefully you) this title will be an absolutely unforgettable one.