During a 2011 interview at Destructoid SWERY stated that it wasn’t intentional to have certain characters look like existing people:

– Some characters seem to be molded after some actors?

A: We definitely weren’t trying to make some of the characters look like actually existing people. but when talking about the background of characters we would always talk about some kind of movies or tv shows what have you. That kind of image would be explained to our artists that maybe would come through in the final product of what they created.

…but there are some that are just too hard to ignore! Below are pictures of Greenvale residents and some of their real life look a likes.

Many believe Emily is a direct homage to the British-born Australian actress given that fact that she not only looks just like her but has a similar last name. It probably doesn’t hurt that Watts also starred in David Lynch’s 2001 thriller, Mulholland Drive and given the plethora of nods to Lynch’s Twin Peaks this connection isn’t surprising. 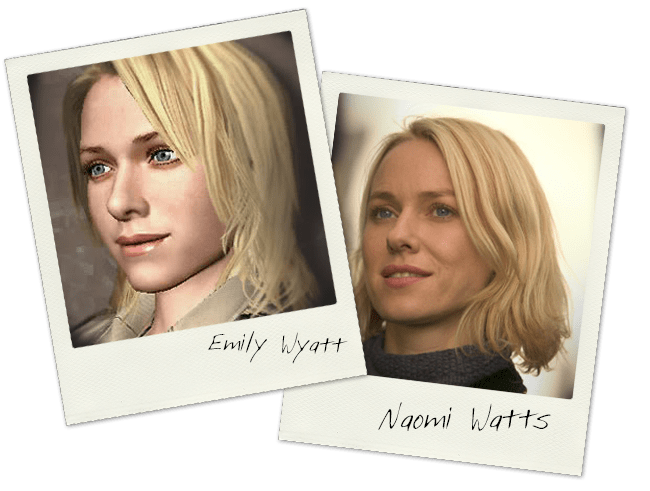 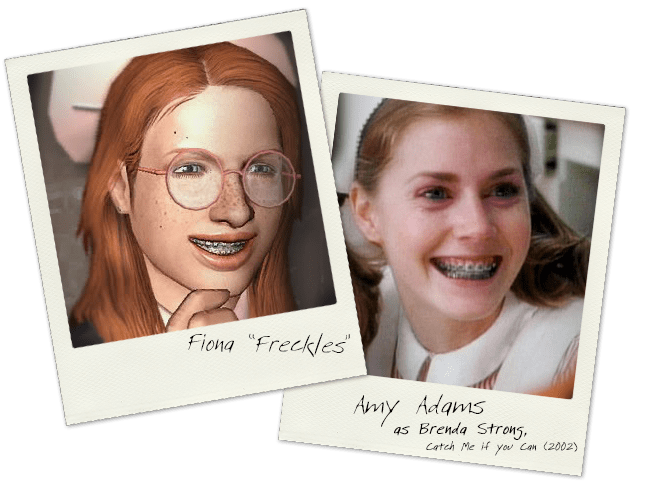 Okay this connection probably isn’t as strong as the Emily/Watts one above, but I truly think the two are a close match…Both are red heads, young with freckles, and braces. Adam’s character doesn’t wear glasses but I think it’s a minor difference when you take into account that neither character is a full fledged nurse either. In Deadly Premonition Fiona is still involved with her medical studies and only acts as the Greenvale Hospital receptionist while Brenda, Adams’ character is only a hospital volunteer herself (candy striper) and also acts as a receptionist. Heck both characters are in love with a doctor too, well technically Leonardo DiCaprio’s character is impersonating one but still it’s another close similarity…

Many believe Kaysen is that spitting image of the American actor John Goodman and I totally agree! 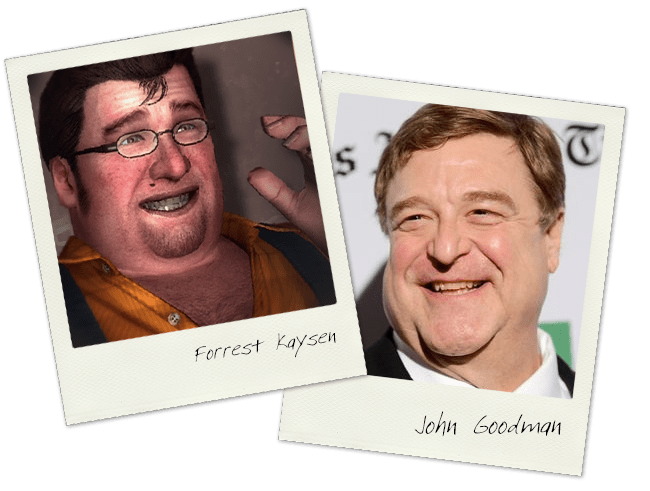 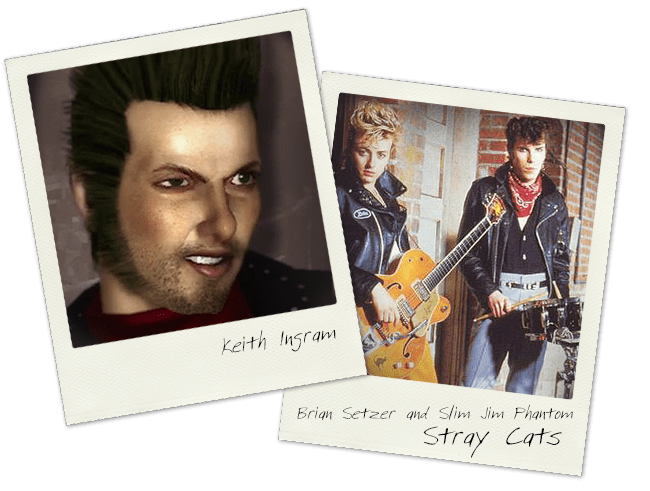 I think Keith is actually a combo of Brian Setzer (vocals guitars, percussion) and Slim Jim Phantom (drums, percussion) of the 1980 Rockabilly band, Stray Cats. Keith appears to have Phantom’s dark looks but he shares the love for the guitar he Brian Setzer. It doesn’t hurt that Keith’s warbdrobe and hairstyle look just like the band’s style too! Given how big Stray Cats are in the  modern revival of Rockabilly it’s make sense that they would be the inspiration for Keith’s look. It also makes me wonder if they are the band Keith blasts in the Milkbarn much to Lilly’s ire.

Wesley is the American actor Don Cheadle. Seriously, you can’t convince me otherwise when I saw Wesley he immediately reminded me of the actor! 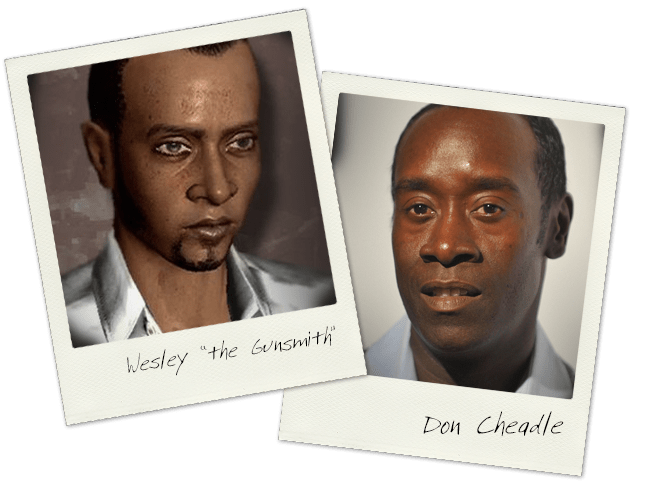